Skip to content
HomeTechnologyWhat if the water was carried to the mars?

What if the earth’s water was carried to the mars? 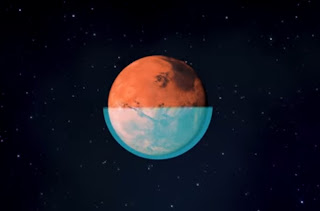 Saintest are trying to build a population on Mars. Elon Musk is also working with his SpaceX company. The basic necessities of life are available to the people of the earth and to the living things here. People on Mars don’t have the things they need to live. Those things are in the research of making saints available. Water is an important basic resource for the survival of human beings and living beings. By using water people can create other basic things they need. This means that people on Mars need water to survive.
56 years have passed since you studied the surface of Mars. We’ve only been searching for water on this planet for 56 years. Yet this water has not yet been found on the mars. We know that where there is water, the conditions of life develop easily and we can live there. Have you ever wondered what would happen if you carried water from Earth to Mars? As you know, water is available in the form of ice above the polls on Mars. In the past, planetary water was available, rivers were flowing here. But in the current period, water has not been found in a liquid state on this planet.
The atmosphere above Mars is not available so the temperature in this place is 20 days during the day and -70 at night. For this reason atmosphere is not available here. The saint, Michael S Chaffin, who works at NASA and works on the Mars mission, said, “If you pour a glass of water over Mars, half of the “One solution to the Elon Musk problem is to attack the Mars with a Nuclear Weapon so that the atmosphere on it will change. But is it possible? It may or may not go away. will form into solids and half of the water into gas.” 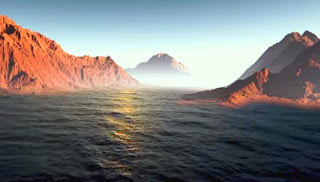 Many centuries ago there was an atmosphere thike on Mars, so this place had water in liquid form and this place had rivers and seas. But in today’s world it has all disappeared. To recreate this you would need to bring some green atmosphere from Earth to Earth, but this is impossible. If this were possible, Earth’s atmosphere would be disbalace. From this we understand that it is impossible to predict when water will disappear if you carry it over Mars. If you carried 100 million litters of water on Mars, could it create a river or a pond there? The largest lake above Mars is the Nort Polar Basin Craters. Its diameter is 8500 KM. Can this crater hold so much water? This would be possible in reality, if you left this water on the whole Mars, only 7 Nm leyar would form on the surface of Mars. But because of Mars’ Atmosphere, even if you create a lake or a layer of water in this place, that water will not stay in this place. Also, even if all the rockets that have been built so far are used to carry water on Mars, it will not be possible to carry so much water on Mars.
What are Elon Musk doing for the convenience of water on Mars? Also, what technology do we have that we can use to carry a lot of water to Mars? Also do we need to carry water from Earth to Mars? There is a large amount of ice on the polle of Mars, this ice is like the surface of the earth. We can melt the ice on Earth and turn it into water, just as we can turn the ice on Mars into water. Nasa also used its rover to bring soil samples to the surface of Mars. They found 2% water in it. If all the water in the soil on Mars is removed and the ice is melted, then a lot of water will be found in that place and it will remain in the liquid state.
#Water.
#Mars
#Earth
#Carried