Skip to content
HomeTechnologyWhat are the factors which made Elon Musk succeed in space venture and other Dreams?

How Elon Musk fulfilled his dreams, as well as what he is preparing to do next, what happened in his space venture. 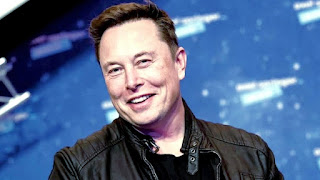 Elon Musk is the richest man in the world right now. He also fulfilled all his dreams on his own. Elon Musk is very serious about his dreams. All the dreams they have seen so far have been shattered. Because they spend most of their time in their work, so all their dreams come true. Elon Musk made his space venture dream come true through his company SpaceX. They now plan to build a planetary colony of 10 lakh people by 2030.
In this article we will learn about how Elon Musk was able to fulfill his different dreams and how he worked hard to fulfill those dreams. We will also see what difficulties they had to face in order to venture space. What projects is SpaceX currently working on? And we’re going to find out what their motives are for doing this. 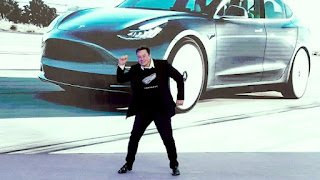 How Elon Musk made his dreams come true?

Elon Musk loved to study since childhood. Elon Musk has a bachelor of science degree. He has been working on computer since he was 10 years old. He has been fond of computer and technical things since childhood. Elon Musk’s dreams were about technology and science. Elon Musk learne coding himself at the age of 13 and created a video game, which he later sold for 500$ to another company.
After Elon Musk completed his graduation, he moved to California to pursue a PhD in Scenic. But in the pursuit of PHD, he left his college and went into business with his brother. In 1992, he started a new software company called ZIP2. They made the company bigger by providing people with various software related services, then they sold the company to a company called $ 307 million compaq. They made huge profits from the sale of the company, as well as 22 million $ from their 7% stake in ZIP2.
Elon Musk invested 10 million from the sale of his company in 1999 to start a new company called X. com. X.com was a company that offered fainace services to the people. At that time, he joined hands with Confinity Company, which was already working in money transfer. Through this company, he started PayPal, the world’s first online money transfer company. His dream of online money transfer from this company came true. The PayPal application is being used by people all over the world, making people’s transactions easier and faster. 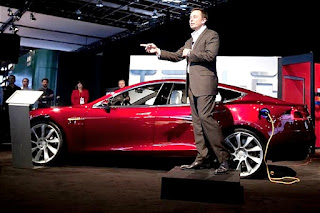 PayPal has been a popular company in the field of money transfer since its inception. In 2002, PayPal was sold by ebay for $ 1.5 billion, much to Elon Musk’s advantage. Elon Musk made a profit of 165 million after selling the company. Elon Musk was a very large shareholder of PayPal. He started SpaceX in 2002 with an investment of mil 100 million from the proceeds of the sale. This company works relate to Space. His dream was to build a rocket through the Spacex company. But they have twice failed to build a rocket in this company. The first time he went on vacation from his work, his rocket exploded in the middle of the sky, the second time his rocket exploded on the ground as it was released into the sky. Thus they have twice failed in rocket testing. The third time, the rocket landed safely on the ground. At that time he succeeded in making a rocket and his dream about rocket came true.
Elon Musk started Tesla in 2003 with 2 partners. Tesla manufactures electric vehicles. At the time Tesla car was being built, some people told Elon Musk that ‘reputed companies like ford, Mercedes, etc … are already in the market but Tesla cars will not run in the market.’ He grew up in Tesla using good technology. At present Tesla is the world’s largest and most reputable manufacturer of electric cars.
Through the Tesla company, Elon Musk introduced people to new technologies in vehicals. Tesla has succeeded in building vehicles that can compete with perto and diesel. Tesla has also built their supercars. These vehicles have averted the danger of pollution to the people. Also people can travel more with these trains at less cost. So people are attracted to these cars. The demand for Tesla cars has increased in the market, so Elon Musk has increased the production of Tesla cars. 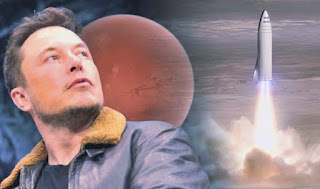 How Elon Musk succeeded in his dream of space venture.

Elon musk was associated with topics such as rocket and space from a small page. His dream is to go into rocket and space. For that, he started a company called SpaceX. Through SpaceX they have launched servers of various other companies and their own companies into satellite space. When Elon Musk started SpaceX, he had no one to guide him, and he had no knowledge. But they have made a rocket by taking the knowledge of making a rocket from different books as well as different mediums.
Elon Musk had twice failed testing a rocket. He also wanted to launch facebook from one of his rockets into satellite space, at which point his rocket exploded on the ground, causing severe damage to facebook and Elon Musk. Mark Zuckerberg insulted Elon Musk and SpaceX on social media. Elon Musk had to deal with a lot of such problems. However, he did not give up and his dream of building a rocket was fulfilled by SpaceX. 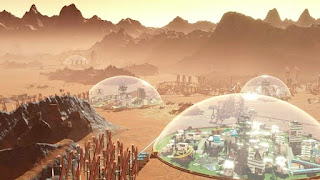 Elon Musk will launch Tesla’s new mobile phone in the future to compete with Apple. The director will be connected to this mobile satellite, so it will be connected to a server anywhere in the world. It will also be based on the thoughts of mobile people. Therefore, people are eager to enter this mobile market. Elon Musk is on track to build a Driverless car through Tesla. This train can run when there is no automatic diver, and if you put a place to go on the screen in this car, this car can take you to that place safely.
Elon Musk is currently working to build a colony of 1 million people on Mars by 2030. He has sold all his property to fulfill this dream as soon as possible and is now living in a two-room house in his SpaceX company. He has invested all his money in fulfilling his dream, as well as staying in the company to work full time, so his work stays focused and the work is fast, and Elon Musk tells his employees to work long hours to get their work done. In this way Elon Musk is fulfilling his future dreams.

In this article, we learne about Elon Musk’s dreams, as well as what problems he faced. Tell us in the comments what you think about Elon Musk’s story and how it will benefit people in the future.
#Elon musk
#technical article
#Dreams
#SpaceX
#space venture