Skip to content
HomeTechnologyIn this place all satellites are demolished.

In this place all satellites are demolished. 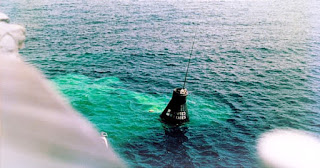 satellite has been released to keep abreast of developments in space and all the space agencies in the world. satellite sends information about events happening there as well as their video, photo space agency. In this space agency new upadates are also made in satellites. There are different types of satellites in space. These satellites are created according to their function. Wireless technology is handled by these satellites. There are also a lot of companies in the world that work in technical filing.
Customers of different companies working in Technical Filed have been sent to different satellites space to provide servers and handle customers updates. With the help of satellite wireless technology, the servers and signals of the devices of those companies reach the channels of the companies. This has given a lot of impetus to the work of the companies and the problems of the customers are quickly solved. Satellites run for a period of time, then enter or shut down.
There are many satellite orbits around the Earth, some of which are closed and some of which are on. The total number of small and large satellites in space are millions of satellites . The closed satellites move around in space, sometimes these satellites collide with each other, in this collision they burst and their waste remains the same in space. They can also damage closed satellites or their waste if they collide with running satellites. 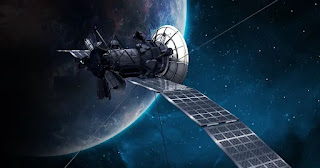 If the existing satellites are shut down, the company that owns the satellite will face a loss, so the saints in the space agency and the companies have come up with a solution. In this, these satellites, which are closed by these companies, are brought into the orbit of the earth and they are dropped into the sea. The area where these satellites are dropped is called Point Nemo. This space is close to the satellites orbiting in space. Internation spacestation is the largest spacestation in the world, located at a distance of 461 km from pointe Nemo.
Closed satellites lying on any other surface of the earth can cause loss of life as well as financial loss. In order to avoid this damage, the satellites in the Earth’s orbit are dropped on this pointe. This space is far from the surface of the earth. There have been over 200 satellites in this area so far. Also what satellites fell on the surface of the earth and what people suffered financial losses in that place, then the company which has satellite has to pay those people.
website https://www.etecscience.com to keep abreast of the latest trading technology and daily technical related news, visit our website daily and follow us to know the latest developments and technology.
#Satellite
#Demolished
#space