Skip to content
HomeTechnologyCan we control arcade games using smartphone instead of gamepad?

How can we play arcade games in a smartphone with the latest technology? 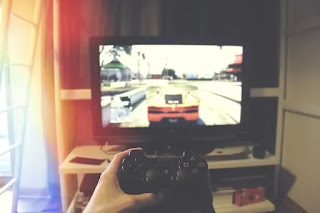 Introduction.
Devices like smartphone are widely used by people for entertainment. In the past, people used to play outdoor games to reduce stress on their heads and for fun, but gradually the invention of technical things started. People started using these technical things for their entertainment. This includes mobile devices. On mobile, people are entertained through internet, youtube and social media applications.Also, now people are playing new games on mobile and having fun with it and they have a good timepass. Some games that are played on a computer or on a gamepad are not supported on mobile games. In this article we will see if we can play the same games on a smartphone.
As technology has progressed in smartphones, so has this new technology in smartphones. The company has launched high quality smartphones in this technology. Many games are played by people to pass the time. So there are a lot of companies making games in the market. These companies are competing to create a game of good quality, a game that people will like and that people will play for a long time.
Can Arcade games open on smartphone?
Older gaming equipment used to have gamepad  in it, on top of that we were playing games that were available in it. There were also gaming devices available in the market that could be used to play games by connecting to TV. You could play games on TV by connecting the cassettes that came with these gaming devices to games. These limited games were available, so the games could be played as much as the cassettes.
The quality of games is not good in old devices. These games are only useful for children to play. Also, these games were appearing in 2D, so some of the kids were getting bored of playing games like those games. Therefore, in the past, people did not play a lot of games.There was also a small games pad of games but its display was very small. So people were playing games of the same size as the display. So people weren’t meeting many games to play, so they were playing the same games.
Over time, keypad mobiles have been replaced by touchscreen mobiles. People could play games on these mobiles but there was no quality graphix in those games. As a result, people could not play good games and they were not attracted to it, they could play games on keypad mobile with the help of keypad, but those games were limited. They could play as many games as there are games in that mobile, similarly some games had to be bought by playing those games which used to have lock in keypad mobile, so people would not play more games on keypad mobile. 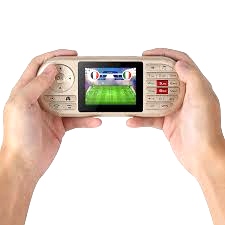 After the touchscreen mobile, smartphones gradually started appearing in the electronic market. These smartphones run on android systems. In this mobile you could take any application in the world from play store and run it in smartphone. It also began to be used by the Internet for various entertainment purposes. Similarly, games with 3D and Full HD animation can be played on this mobile. The use of this smartphone for playing games became very widespread. Along with children, adults as well as the younger generation started playing these games.
In a smartphone, people can install and play computer games. With the advent of smartphones, the games playing in them are of HD and 3D animation. People do not get bored playing these games. Also, due to some reasons, these games are played all day long and they have time-pass throughout the day. You also have to play the game using the buttons on the computer and gamepad. But these games can be played on the smartphone with the help of touchscreen. You can also play this game with mobile motion.
High quality games like pubg, free fire, COC are now played on this smartphone. These games are attractive to people. Some people are now taking smartphone gaming mode available. These smartphones give a good response from the processor to the customers while playing the game, and their sound gives people the impression that we are really dealing in games. Also by connecting the smartphone you can play the game using 3D glasses, so you go into the game yourself and you will feel that this animation of the game is in the world. For these reasons, people can now play these arcade games on smartphones. 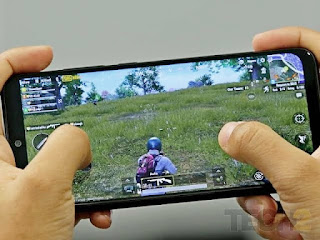 In this article, we have learne about newcomers as well as whether we can open Arcade games. Also see what are the movements that make you entertained and attractive in these games.
#smartphone
#games
#pubg
#gamepad
#free fire